Aquariums worm, you have four main ones you need to be concerned about:

Here’s how to identify and deal with each one.

How to Identify Worms In Your Fish Tank

The only way to figure out how to get rid of the worms in your tank is to first pinpoint what kind of worms they are.

I’ll go into further detail later on about what each kind looks like, just be aware for now that you need to pay attention to certain key details:

There are several species of worms that fall under the common name of “detritus worms.”

Most of them are Annelids, meaning they’re a segmented worm in the same family as earthworms.

Detritus worms can be gross and annoying, but they don’t actually harm fish. In fact, some species of fish will gladly munch on these worms as a tasty snack.

Normally, every tank has a few of these little creepy crawlies. They hang out in the background, eating leftover fish food and poop. They’re actually a good thing in small numbers because they help break down wastes.

But, if you have a lot of available food all over your tank, suddenly you can get a population explosion and the tank starts to look like a worm farm.

How to Identify Detritus Worms

Worms in Your Substrate

White, gray or red-brown worms in the gravel or plant substrate. They move around in the same way an earthworm does.

You may only see one or two moving around in your substrate. Or you could see big pockets of them squirming around.

Sometimes, you’ll see them sticking half of their bodies out of the gravel in a big group, like a shag carpet made of worms.

You’ll see this behavior because the worms are so overpopulated that their huge numbers have reduced the oxygen levels in the tank. They stick part of their bodies out of the gravel because there’s not enough available oxygen in the substrate and they’re trying to breathe.

Worms in the Water Column

Little white squiggly worms floating around in your aquarium. They look like tiny pieces of thread that just randomly wiggle around.

You might also see a bunch of them stuck on the glass, forming a ring near the water’s surface.

They can also gather in your filters so that you see big clouds of them flood out when you start the filter up again after a water change.

How to Get Rid of Detritus Worms

Although there are a bunch of different species of detritus worms, the remedy is the same for all of them.

But one thing up front, you may not be able to completely get rid of detritus worms. There may always be a few that hang out in the gravel or filters. But you can beat back their population so you don’t see them constantly.

Clean Up the Mess

The biggest thing is to step up your aquarium maintenance. Make sure that you are vacuuming the gravel really well every time you change out water.

This removes the built up wastes and uneaten food that the worms feed on. It will also suck up lots of worms and remove them from the tank.

If you have plant substrate, gently place your gravel vacuum on the surface to suck up accumulated gunk.

You can do the same thing on carpeted plants. You won’t believe the cloud of stuff that will billow out.

It’s best to perform a 25%-50% water change each week to get rid of built up wastes. Keeping up with this really simple part of aquarium maintenance will greatly improve your aquarium’s health over time.

Make sure you’re not overfeeding. Only give fish as much food as they can eat in 30-90 seconds. Quickly remove any uneaten food.

Fish have tiny stomachs so they can only properly digest a certain amount of food at a time. So even if they eat everything you put in the tank, any food their body doesn’t use immediately, just passes through as waste.

Excess fish waste is a great food source for detritus worms, and before you know it, a few worms turns into hundreds or thousands.

Cutting down on excess food helps starve out worms.

Controlling overfeeding can also help keep algae growth in check and can improve your water parameters.

Planaria are tiny predators that are constantly on the move looking for any kind of meaty food. They’ll gladly munch on uneaten fish food that builds up when you overfeed.

Planaria also love to eat fish and shrimp eggs and any fry or shrimplets that they can manage to catch. They can decimate your breeding efforts.

They’re too small and slow to kill adult fish and shrimp for the most part. But, they will do their best to crawl over resting fish and shrimp and take bites out of them.

Definitely not something you want hanging around in the tank, especially in large numbers.

How to Identify Planaria

White, gray or pink worms that cruise around on the aquarium glass and substrate. They have a flattened body, like a ribbon, versus the tube-shaped bodies of earthworms.

They appear to glide along the glass smoothly, like a snail without a shell, they don’t inch around and crawl like an earthworm.

They usually have a slightly pointed head but you may not be able to see it unless you use a magnifying glass.

How to Deal with Planaria

OK this is going to sound weird, but stick with me on this one. Panacur C is actually a broad spectrum dog dewormer. The active ingredient is something called fenbendazole that does a great job of killing flatworms like planaria.

You can dose 0.1 grams of Panacur C per 10 gallons to get rid of those nasty little freeloading planaria.

Panacur C is fish and shrimp safe, but it will kill snails. So make sure to move your snails to another tank before you treat with this medication. 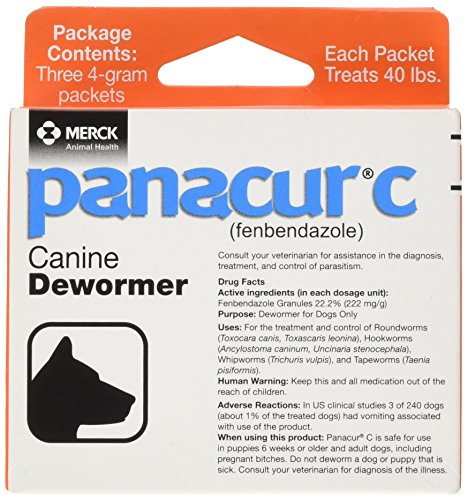 No Planaria is a natural product that contains betel nut palm extract, a substance used in traditional medicines to treat tapeworms and intestinal parasites.

Make sure to do water changes every few days when you poison planaria. Killing off a large number of worms at once can cause an ammonia spike.

Changing out water and vacuuming the gravel will remove the dead worms and should help keep your water parameters in check. 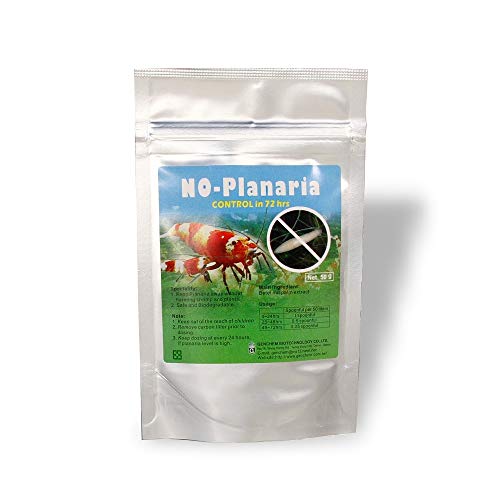 Anchor worms aren’t actually worms at all, but they do look like them.

Anchor worms are a kind of copepod (crustaceans) and they are a dangerous parasite that can cause a lot of harm to your fish.

How to Identify Anchor Worms

Anchor worms have several stages in their lifecycle, but you can only see them when they’re in the infective stage that attaches to fish.

They resemble a threadlike worm poking out of the fish’s skin, eyes or gills. If you can get a really close look, their bodies are forked, making them look like an uppercase “Y”.

Anchor worms burrow their heads into the fish’s flesh, usually in between scales, and the body trails out after it. Its mouth secretes acids that essentially melt the tissue so the anchor worm can slurp it up.

How to Deal with Anchor Worms

The real problem with anchor worms is that you have to kill the ones you see on the fish and all of their eggs and babies swimming around that you can’t see.

The best way to kill off both the adults and juveniles, is with Dimilin-X.

It is a powerful medication that is meant for pond applications. So you’ve got to be careful when dosing an aquarium. Just one drop of this stuff is enough to treat 5 gallons (19 liters) of water.

Some people also recommend manually removing the adult anchor worms with tweezers. The problem with this is that you can really stress the fish out by doing this.

First off, you’re taking the fish out of water so that you can pull off the worm. This is stressful for the fish and being handled potentially erodes parts of their slime coat.

Second, when you pull the anchor worm out, it rips out of the fish’s flesh, leaving behind a wound that can possibly get a secondary infection.

And third, the anchor worm’s head can break off and stay embedded in the fish. This will almost certainly get infected.

So, manual removal does carry some risks. And you still have to treat the tank in order to kill the juvenile anchor worms that haven’t attached themselves yet.

If you’re going to manually remove anchor worms, make sure to swab the wounds left behind with something like methylene blue or hydrogen peroxide to cut down on the possibility of infection.

The last little creepy crawly I’ll cover is also probably the most disgusting, the camallanus worm.

Camallanus are nematodes, roundworms that are internal parasites.

These small, reddish brown worms infect the intestines of fish and can only be discovered when one or more of them protrude from the fish’s anus.

Yep, you might suddenly see a worm sticking out of your fish’s butt.

It’s gross on a whole level that I really can’t express in words.

They are also extremely contagious.

How to Identify Camallanus Worms

Look for reddish brown worms that emerge from the fish’s anus.

It may be only a small segment that almost looks like a small red piece of poop. In serious infections, the anus may become very swollen and irritated and you may see a group of worms hanging out.

How to Deal with Camallanus Worms

You have to be very careful when you’re trying to get rid of these nasty little critters.

Treat the tank with 2 milligrams Levamisole per liter of water for 24 hours, then do a 70%-100% water change, vacuuming the gravel thoroughly.

Levamisole can only paralyze the worms, not kill them. So it’s important to suck them up with a gravel vacuum while they’re vulnerable to actually remove them from the tank.

The treatment should be repeated after 3 weeks and then again at 6 weeks to remove any new worms that hatch out.

It can definitely freak you out when you suddenly realize that there are worms in your aquarium.

Worms that live in your substrate or water column are a bit gross, but not really that big a deal.

However, any kind of worm that lives on or in your fish are harmful parasites that need to be dealt with immediately. They can literally suck the life out of your fish. It’s best to deal with them sooner, rather than later.

Luckily, parasitic worms are much rarer than little freeloader worms that are there to eat leftovers.

The best way to prevent these little pests from getting out of hand in your tank is to keep up with your aquarium maintenance and avoid overfeeding.